The Mahatma Gandhi Satyagraha Awards were introduced in 2006 to mark the centenary of Satyagraha. They are presented annually to South African individuals in recognition of their contribution towards both the liberation of our people and for the values that informed them in their quest for human rights and social justice for all 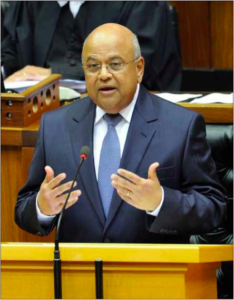 Mr Gordhan is South Africa’s Minister of Finance. This award is in recognition of his contribution to promoting integrity and commitment in his various roles. As a youth he mobilized students against apartheid. He was incarcerated for many months. His tremendous courage, analytic skills, meticulous planning and strategic actions in all his work during the years of struggle and his ability and precision in the negotiations process in South Africa has earned him the admiration of many people. Despite the many challenges he has continued to uphold this proud legacy. He continues to work in the service of people. We recognize both the role he played not only as a strong and principled youth leader but also as a Minister in the cabinet the role he plays now.

Advocate Madonsela will be completing her term as South Africa’s Public Protector. This award is in recognition of the tremendous contribution she has made in her role as Public Protector. Her integrity, commitment and courage in the pursuance of human rights as enshrined in our constitution has earned her great admiration. We recognize that despite the many challenges she has continued to traverse the path of truth and righteousness. She has shown tremendous resilience and courageously tackled the most difficult situations with integrity and fairness. We recognize the role she plays not only as a strong woman but as an advocate of justice. 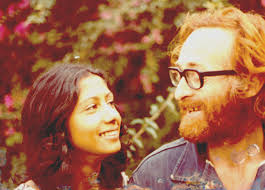 Dr Turner was a lecturer in Political Science at the then University of Natal. This award is in recognition of the contribution and courage shown by him in the work towards the transformation of South Africa from a racist capitalist society into a social democratic society based on non-racialism. Despite the many challenges during the dark days of apartheid he continued to work towards changing young minds to accept that they had the strength to change society if they work towards it. Richard Turner worked hard and was so effective that sadly the apartheid government chose to end his life prematurely when he was assassinated in 1978 at the age of 37.

Dr Jairam Reddy was Vice Chancellor of the University of Durban Westville where he initiated the process of transformation of Tertiary institutions. He has just retired from his position as Chairman of the Council of the Durban University of Technology. This award is in recognition of the work he has done and continues to do towards the transformation of the tertiary education sector in South Africa. Despite the many challenges during the dark days of apartheid he continued to work towards integration and academic freedom. In his various positions in the Universities after the advent of the new democratic order in our country he continued to pursue the cause of Higher education upholding justice and protection of human rights as enshrined in our constitution . In recognizing that education is a corner stone to achieving real freedom he worked hard to ensure the highest quality of education for all. He continues to work with a group to offer training in order to build strong leadership among youth.

Mr Sisulu, the youngest awardee is a youth leader and promotes programmes to encourage youth to engage in constructive work. This award is in recognition of the outstanding contribution made by him and his family in the task of transformation of the South African Society. His work towards building a united South Africa based on the principles of the Freedom Charter is being recognized. Despite the many challenges he has continued to uphold the proud legacy of his grandparents. He has displayed both outstanding leadership and courage in advocating for transformation of society towards a non-racist and non exploitative society.