Human Diversity: There are no Genes for Gender

Human Diversity: There are no Genes for Gender 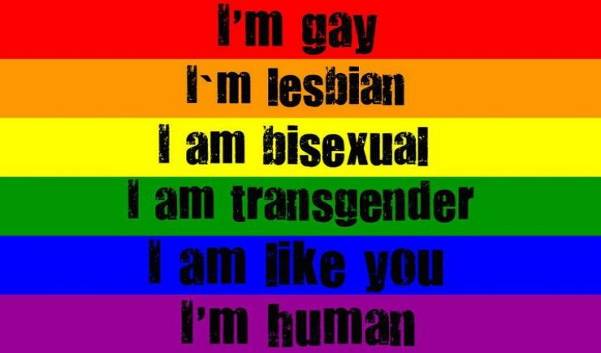 By Rama Shankar Singh – Professor in the Department of Biology, McMaster University. He teaches a course on Human diversity and human nature. Published in Hamilton Spectator, August 5, 2016

Sex is part of who we are and it has been around since Adam and Eve. Gene and gender are relatively recent.

A century of research combining laws of genetics and evolution has shown that Mother Nature has only two rules: She makes populations to thrive, and she maintains diversity. Males, females hermaphrodites, lesbians, gays, bisexuals, transgender — you name it she has them all.

Diversity is the secret of thriving. Nature favours heterogeneity over homogeneity.

Mankind has done just the opposite. We have competed and killed all through history not just to thrive but to thrive better than the rest, and we have diminished diversity in all walks of life. In the game of Us vs. Them, the gene became the new basis of developing racial theories justifying biological differences between groups.

What is remarkable, though, is that while the rednecks and the racists promoted the racist-sexist beliefs and ideas, respected member of academia from such illustrious institutions as Stanford, Oxford and Harvard developed the theories themselves. By pushing homogeneity over heterogeneity many biologists and anthropologists indirectly aided in the polishing and perfection of these pernicious theories. The racist theory that Hitler adopted in 1939 was developed and perfected in the United States and U.K. All through the Century, racist ideas were on a roll.

In 1921, the United States Congress passed laws to restrict immigration from Southern Europe, because, they said, people from these countries were genetically inferior as reflected by their IQ test scores. Twenty years later, this claim proved false — the low IQ scores were the result of cultural differences.

This did not deter educational psychologists who developed IQ tests for mass scale testing and help colleges and universities in channelling the cream to the top and the rest down or out on the basis of IQ scores. Now they tell us IQ is not a fixed quantity and it changes all through life.

Little it matters — racist theories ruined the life of millions by wrongly labelling them as genetically inferior. Such was the persuasive power of the academia and the culture, even the United States courts often went along with the theory.

The LGBTQ fight is a new face off in mankind’s ongoing war under the ailing but not-yet-dead ideology of genetic superiority. However, in one respect, the LGBTQ fight is like no other. Until now, LGBTQ have suffered individually, each in isolation, and not like the visible groups as races or sexes. They had sympathy of neither family nor friends.

Biological diversity consists of both, discrete genetic changes in the DNA and changes in the “developmental potential” of the plan of gene actions. While single gene changes are easier to research or communicate, it is the regulatory changes in the overall biological potential that may lie behind some of the hard to crack health conditions. Gender identity is part of our sexual potential.

Gender identity is not a disease; it becomes a disease when we force men and women to fit in the social norms that ignore their unique identities. Thanks to sustained citizens’ activism the curtain of ignorance about social norms and harms of social exclusions are coming down. Minorities are winning in courts as well as in public opinions. The United States now allows gays, lesbians and transgender to serve in the army openly.

Gender identity is the most basic and consequential aspect of our nature. We go about our daily life feeling secure of our own sexual identity. Even a little doubt about gender identity can threaten to shake off our inner self — who we are and how we develop gender identity, imposed from birth. There may be nothing wrong except the fear of fitting in the group.

LGBTQ children need our help. Just as the dedicated and caring teachers in our schools are looking after the autistic children and providing help, the same needs to be done with LGBTQ children.