Atrocities in the Middle East

Atrocities in the Middle East 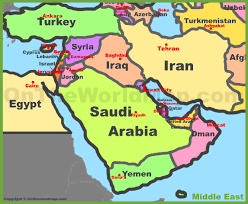 The recent attacks on innocent people in major cities of the Middle East countries has once again raised the notion of religious differences being at the root of brutality.   There is also a fear that South Africans could also be aiding these people.

We believe that both these notions are false, as all the world’s religions proclaim compassion, peace, love and goodwill as being central to their religious beliefs.  The scriptures  proclaim these ideals in no uncertain terms.  Here are two International  multi faith organisations which have condemned the violence.

KAICIID (King Abdullah Bin Abdulaziz International Centre for  intercultural and interreligious dialogue)  is an intergovernmental organisation mandated to promote dialogue among different religious and cultural groups to promote justice, peace and reconciliation and to counteract the abuse of religion to justify violence. The Centre is  governed by a multi-religious Board of Directors, consisting of representatives of five religions – Buddhism, Christianity, Hinduism, Islam, and Judaism.

In a statement they expressed their sorrow at the deaths and injuries caused by acts of terrorism in Medina, Baghdad, Dhaka and Istanbul.  They called for unity among all faiths and a plea to work for peace and dialogue rather than war and hatred.

They committed themselves to supporting Religions for Peace multi-religious affiliates in the Middle East Asia, Europe and around the world to serve as ever more effective instruments in building bridges of peace.

This indicates that it is a small group of self serving individuals who are perpetrating these atrocities and not any religion.   We call on all people to unite against these small pockets of “terrorists” and let us isolate them , for it is only with our help that they are able to exist, if we take a conscious decision to discontinue that support they will soon stop.  For the survival of humanity this step is now more essential than ever before.